Sign up for legislative alerts to receive weekly updates during the Texas legislative session. 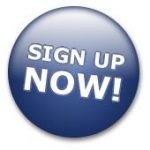 For more information about Legislative Day and the Chamber's other public affairs events, contact Molly Ulmer at (972) 792-2811 or molly@richardsonchamber.com.

Do you know who represents your district? Find out who your elected officials are at the link below!

Contact Molly Ulmer at molly@richardsonchamber.com or (972) 792-2811 to find out how you can support the Chamber's largest advocacy event.

Advocacy in the Community

The Richardson Chamber hosts several events each year to engage businesses and community members in an active dialogue with the legislative leaders who represent them. In 2017, the committee has joined North Texas organization Tech Titans in hosting trips to Austin, Texas and Washington, D.C. In 2018, our committee partnered with Tech Titans to visit Washington, D.C. We will visit Austin on Mach 5-6, 2018 to speak with elected officials and learn about the legislative process. Contact Molly Ulmer at 972-792-2811 or molly@richardsonchamber.com for more information.

We are please to announce our second annual Federal Policy Conference & Tour was a success. Our delegates heard from legislators, attended briefings on important policies and movements in the legislature, and enjoyed activities around Washington, D.C. 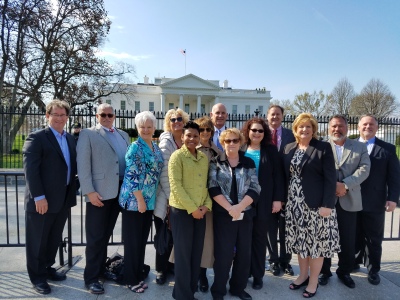 After a cherry blossom river cruise on Sunday night, the group was briefed at the U.S. Chamber of Commerce on federal policy issues on Monday morning. They then visited the Russell and Hart Senate Office Buildings for briefings by the staffs of both Texas U.S. Senators, John Cornyn and Ted Cruz. That evening, the delegation hosted a reception at the Capitol Hill Club and honored U.S. Congressman Sam Johnson, who has announced he will not seek another term after serving in the House since 1991. The evening was capped by a private tour of the U.S. Capitol guided by Congressman Pete Sessions, including the stunning view of Washington at night from the Speaker’s Balcony.

On Tuesday, delegates were briefed at the Cannon House Office Building by Congressman Sessions and his staff, representatives of CompTIA, and the Congressional Management Foundation. After lunch, the group enjoyed a private, guided tour of the Supreme Court and a visit to the Library of Congress, as well as time observing the House in action from the Gallery. After dinner at Washington’s oldest continuously operating restaurant, the Old Ebbitt Grill, the group took a nighttime tour of famous D.C. Monuments. The final morning of the trip the group went to the Newseum, a museum dedicated to the free press and the First Amendment.

Stay tuned for news about upcoming events in the future. Contact Molly Ulmer at molly@richardsonchamber.com or (972) 792-2811 for more information.

See photos below from our first annual D.C. fly-in.

The Richardson Chamber of Commerce Public Affairs Committee, together with our partner organization Tech Titans, visited the capitol for Richardson Telecom Corridor® Legislative Day on Feb. 28th and March 1. Legislative Day provides participants the opportunity to visit the state capitol and better understand the legislative process. Delegates had the opportunity to network with community leaders, hear from our local representatives and key state officials, attend committee hearings and visit various legislators. The Richardson Chamber's next Legislative Day will be during the next state legislative session in 2019.

For more information about Legislative Day and the Chamber's other public affairs events, contact Molly Ulmer at (972) 792-2811 or molly@richardsonchamber.com.

Click here for more information and photos from Legislative Day.